The U.S. Patent & Trademark Office will stay open. According to a public announcement on its website, the PTO has a reserve fund from fee collections that it can use to continue to operate for about four more weeks. PTO employees will be paid as normal and business will continue as usual during that time.

If the shutdown continues longer than that, most PTO employees (including patent and trademark examiners) would be furloughed. But because there are statutory filing deadlines that could cost someone a patent or a trademark, all the public filing and payment systems will stay up.

The U.S. International Trade Commission, however, is putting all investigations on hold during the shutdown. All deadlines will be extended by the length of the shutdown, and all hearings and conferences will be postponed. I would link to the announcement by the ITC, but the ITC has put this notice up on the website: 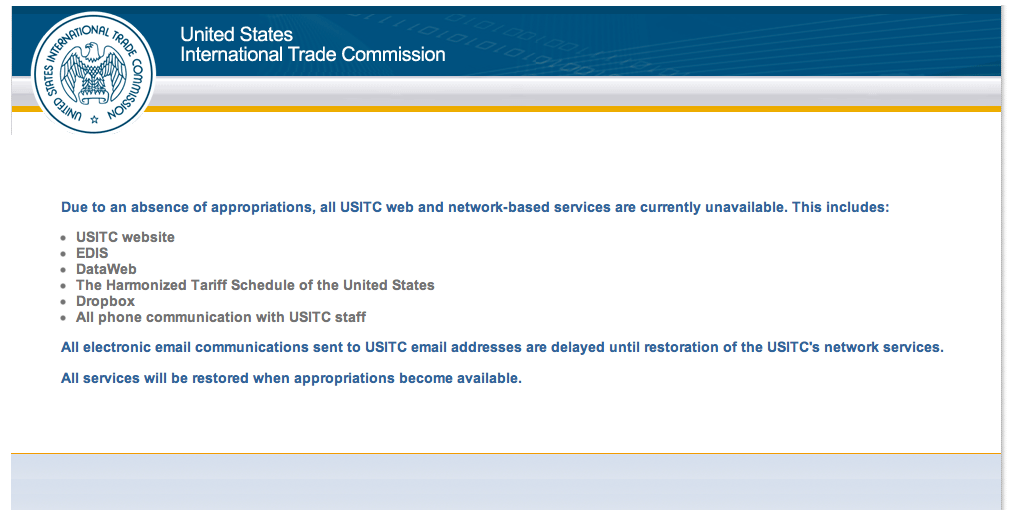